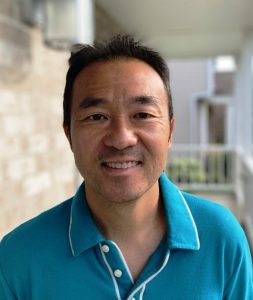 Nam Kim, Associate Professor of Anthropology, joined UW-Madison in 2010 after receiving his Ph.D. from the University of Illinois at Chicago. As an anthropological archaeologist, his main research interests include the archaeology of East and Southeast Asia, sociopolitical complexity, early forms of cities, and organized violence and warfare. Since 2005, he has conducted archaeological fieldwork in Vietnam at the Co Loa settlement in the Red River Delta. An affiliate of the Centers for East Asia and Southeast Asia, he is the author of Emergent Warfare in Our Evolutionary Past and numerous other publications.

An interview with Nam

What are your current research interests?

A lot of the content that I’m teaching comes from my intellectual interests.  Among other topics, I am interested in warfare and the origins of warfare and am currently working on some projects on the potential links between human evolution and our propensities for violence. Some people think we’re hardwired for warfare; others say warfare is learned. I belong more to the latter group.  I do not believe we are inevitably tied to violent behaviors, but there do exist building blocks for violence within our evolutionary lineage. Humans tend to work very closely together in groups. As a result, we often compete with other groups. Conflict inevitably arises and this sometimes can lead to violence. The implication of warfare being both cooperative and learned is that we can also learn to manufacture peace.

What motivates you to do this work?
My intellectual passion is my main motivation. The curiosity has always been there. Since joining the Academy, I’ve realized the kind of impact these studies can have on students. This, in turn, can influence the effect they have on society.  These are very important considerations.

I am part Korean and part Vietnamese. I was born in Saigon. My parents and I left as refugees at the end of 1975.  Though I never thought I’d have a personal connection to the region, I ended up doing field work in Vietnam during graduate school and now I do research there.

The archeology of Vietnam is of great interest to me. I work at a site outside of Hanoi, which is considered the first urban settlement in this region of the world.  It dates back 2,300 years.  It’s the Vietnamese equivalent of Camelot—a number of myths are tied to the site.  It’s fascinating work! The Vietnamese see this as a very significant site for their cultural identity and heritage. The Han Empire, of China, colonized this region shortly after the city (known as Co Loa) where I carry out my research emerged.  The Chinese stayed there for 1,000 years. We are still discovering the ancestry of this place. Because of its national significance and place within Vietnamese history, working at this site taps into the relationship between politics, history, and archeology.

I am pretty fluent in Vietnamese and speak some Korean. I am now exploring the possibility of doing field work in Korea. The projects there would be comparative in nature and would involve Korean, Australian, and U.S. archeologists. The Han empire colonized parts of the Korean peninsula at the same time it was colonizing parts of Vietnam. With my language skills, I am eager to explore the expansion of the Han population and their impacts on indigenous populations in different places.

What is your most memorable research experience?

When I first started doing field work in Vietnam, the former president of Vietnam, Tran Duc Luong, came to visit our field work site. I had anticipated that our work would receive a lot of attention from both researchers and politicians. On the day of the visit, it was raining. Mr. Tran pulled up in a black Mercedes with tinted windows. As we showed him around, his aide was at his side, holding an umbrella over this head as he examined the excavation profiles. He is a geologist by training.  He was very interested in the geology and the history of our site.  Additionally, he was curious about the artifacts we were unearthing. Having the former president visit our work site was quite an experience and drove home for me the significance of our chosen site. The sitting deputy Prime Minister of Vietnam also visited our excavation.

I teach a range of classes—Intro to Archaeology; Ancient Urbanism; Violence and Warfare in various contexts; Social Inequality in the Archeological Past, as well as a variety of anthropological topics mainly focused on archeological materials with implications for the modern world; in particular, the Archeology of East and Southeast Asia.

Why is international, cross-national, or transnational research important?

It is important because we live in such a globalized society today. U.S. society consists of an amalgamation of cultures.  Many of us have relatives around the world and many of us carry out work around the world.  It is extremely important that we be able to collaborate with people globally, as the current COVID-19 pandemic has shown. The whole world has to navigate collective challenges together. The success one country has fighting the disease can be considered a success for the entire world; the failure of one country in fighting the pandemic can be considered a failure for the entire world. There are many issues that we must solve together—like conflict and climate change. These and other challenges require coordinated strategies and cooperation.

It is important for university students to learn about international dimensions in the classroom and to have their own experiences in other countries. Students should learn about other cultures and speak other languages. This helps them to start thinking more like global citizens.  As an anthropologist, I see all of the world’s people as a single population because we are all interconnected and have been for hundreds of thousands of years. We not only have a shared history, but a shared future as well.

During my time at UW-Madison, I have been pleased with how open to learning about the world my undergraduates have been. Many of them have never been out of Wisconsin and have not had opportunities to study other countries and cultures. Students have often told me how much they have enjoyed learning about the world—not just in terms of culture, but also in simple areas, like geography.