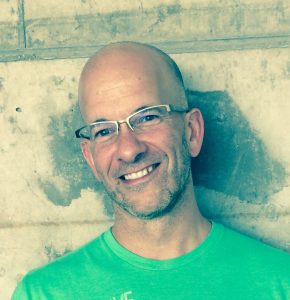 David Danaher, Professor of German, Nordic, and Slavic Studies, holds a Ph.D. in Slavic Languages and Literatures from Brown University. His diverse research interests include Václav Havel, the culture of dissent in East Central Europe, Leo Tolstoy, ethnolinguistics, and cognitive linguistics. He teaches courses in Czech, Central East European literature and culture, Leo Tolstoy, and the structure of contemporary Russian. Among other publications, he is the author of Reading Václav Havel. In 2004, he was a recipient of the UW-Madison Kiekhofer Distinguished Teaching Award.

An interview with David

What are your current research interests? What sparked your interest in this field?

My two main research interests, which partially overlap, are cultural linguistics (the idea that language is a cultural tool) and the culture of dissent in East Central Europe prior to 1989 with a particular focus on Václav Havel’s thinking and writing. I came to both of these through the study of language, in particular Russian, which ultimately led me to learn Czech (and some Polish as well).

What motivates you to do this work?

In my view, research is a special kind of teaching. We pursue research to try to answer questions that we ourselves have about the world and about who we are as responsible individuals in that world, and in doing so we also have the opportunity to engage others in these questions and answers. I imagine that every teacher considers their profession to be more like a life-calling than just a job that pays the bills, and we are very fortunate in that regard.

What are some memorable experiences you’ve had while doing research?

When I was in Prague on a Fulbright grant in the early 2000s, I attended a performance of Václav Havel’s The Beggar’s Opera, one of his most celebrated absurdist plays. I had managed, rather remarkably, to get a seat in the exact center of the theatre, which was completely packed except for two empty seats immediately behind me. The third bell had rung, which meant that the performance was about to start and everyone needed to take their seats. A few moments later there was a commotion off to the right, and I turned to see Havel and his wife enter the theatre to a standing ovation, and I also realized that they were making their way to the empty seats behind me. As Havel was sitting down, he said to his wife, “I haven’t even read this play for thirty years.” He laughed heartily throughout what turned out to be a virtuoso performance.

How did you become interested in learning about the world?

Given that I grew up as a gay kid in a suffocatingly conformist American suburb and that I was only the second person in my extended family to go to college, I’m not quite sure! In retrospect, it’s probably a bit of a miracle. I suppose it’s partly because I was fascinated with (other) language(s) from a young age and also that I really needed to get out of that suburban space. I just knew there had to be something more to life than what I had grown up with, and I’m glad I followed that hunch because I was right.

Why do you believe it’s important to do internationally focused work?

We can pick up our mobile phones and in mere moments find out about what’s happening, for better or worse, across the vastness of the globe. Knowing is also a kind of witnessing that implicates us in what’s going on. To me this means that it’s not just important to engage with the larger world around us, it’s absolutely essential: whether we want them to be or not, our own individual senses of self are inextricably wrapped up in it.

I regularly teach our Czech language sequence as well as culture and linguistics courses, which include The Writings of Václav Havel: Critique of Modern Society, The Culture of Dissent in Czechoslovakia and Poland, Slavic Science Fiction in Literature and Film, Language and Worldview  for the UW Honors Program, and Structure of Contemporary Standard Russian for students in our graduate program.

What languages do you speak?

Czech and Russian. I was also a French major as an undergraduate, but that was a long time ago.