International Book Club: This is How the Heart Beats, with Jacob Kushner (11/30/22) 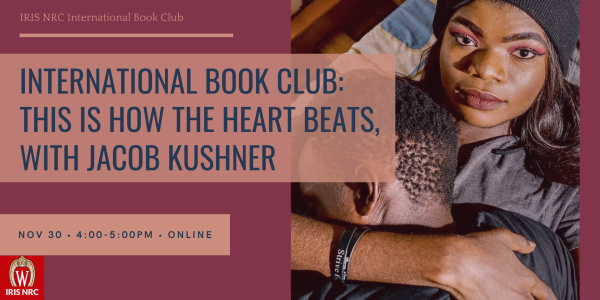 There are 90 million displaced people in the world today—many of whom are refugees. The United States calls itself a nation of immigrants—but it isn’t, at least, not anymore. In fact, the U.S. takes in fewer refugees and asylum seekers than almost every other wealthy nation in earth.

In this month’s book club, international journalist Jacob Kushner (UW ’10 Journalism, LACIS) will discuss his and Jake Naughton (’10 African Studies, Journalism) book, This is How the Heart Beats, about Africa’s LGBT refugees and offer suggestions for introducing students to the global migration crisis, with a focus on America’s inaccurate reputation as a haven for refugees. Jacob will also discuss his reporting on stateless people in the Dominican Republic and Haiti, which was supported by the Pulitzer Center. The first 30 K-12 educators to register will receive a copy of the book!

Jacob Kushner is an international correspondent who writes magazine and other longform stories from Africa, Germany, and the Caribbean.

He reports on migration and statelessness, science and global health, history and foreign aid, terrorism and violent extremism, climate change and wildlife.

He is the author of China’s Congo Plan, which was favorably reviewed in The New York Review of Books. He has photographed for National Geographic and field-produced for VICE on HBO, and PBS NewsHour.