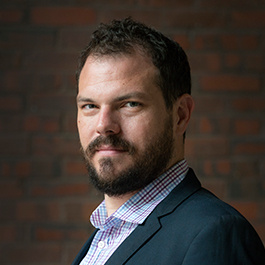 Why do Islamists mobilize in some mosques, but not others? We answer this question by matching a list of mosque-based lectures, sermons, and collections carried out by the Egyptian Muslim Brotherhood in interwar Cairo with a geo-referenced 1:5,000 scale map series from the same time period. Our results suggest that the Muslim Brotherhood was more likely to operate in mosques where they enjoyed prior relationships and that were located in close proximity to transport networks. Mosques in areas lacking both government health services and other Islamic associations were also more likely to host Islamist activism. A supplementary analysis shows that the Muslim Brotherhood was more likely to establish health services in areas that had previously seen mosque activities. These findings deepen our understanding of the conditions under which certain mosques become sites for Islamist mobilization, and demonstrate how historical spatial data can be utilized to study political activism.

Steven Brooke in an Assistant Professor in the Department of Political Science and a Faculty Fellow at the Association for Analytic Learning about Islam and Muslim Societies (AALIMS). He is also a non-resident fellow at the Harvard Kennedy School’s Middle East Initiative. Steven’s research and teaching focuses on comparative politics, religion and politics, and the politics of the Middle East.  His first book, Winning Hearts and Votes: Social Services and the Islamist Political Advantage, looks at how and why non-state groups provide social services, with an empirical focus on the Egyptian Muslim Brotherhood.  His articles have appeared in the American Political Science Review, Perspectives on Politics, Political Research Quarterly, and the British Journal of Middle East Studies. Steven joined the University of Wisconsin- Madison in the Summer of 2019 after three years on the faculty at the University of Louisville.