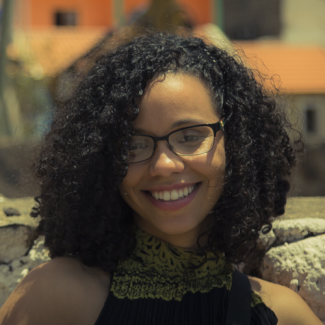 This is part of The Sociology of Gender Brownbag (FemSem).

This talk is based on my book project with Rutgers University Press, Laboring in the Shadow of Empire: Race, Gender and Care Work in Portugal, where I use ethnographic field methods to center and privilege the experiences of African descendant women care service workers in Portugal that are From the Cape Verde islands.  Through a presentation of Cape Verdean cleaning workers’ experiences at work, I interrogate what it means to be both Cape Verdean and Portuguese and how this distinction gets incorporated and produced through racialized and gendered labor market mechanisms. I argue that gendered racialization is linked to the performance of “dirty work” in Portugal, a context where race is not considered  a legitimate social category by the state, yet one that remains deeply entrenched in racial and gender hierarchies.

Celeste Vaughan Curington is Assistant Professor of Sociology at North Carolina State University. She is an intersectional researcher whose several lines of sociological inquiry examine race, class, and gender through the lens of care labor and migration, family, and interracial/intra-racial intimacy, using both qualitative and quantitative methods. She has forthcoming and published works in a variety of academic outlets, including the American Sociological Review, Sociology of Race and Ethnicity, Du Bois Review: Social Science Research on Race, Contexts, and Symbolic Interaction. In her independent book project under contract with Rutgers University Press, Laboring in the Shadow of Empire: Race, Gender and Care Work in Portugal, Curington prioritize the experiences of African and African descendant women care workers in Lisbon, Portugal, at a time of economic crisis, care deficit, and increased anti-immigrant sentiment. She has a published co-authored book, The Dating Divide: Race and Desire in the Era of Online Romance, with University of California Press.

Co-sponsored with Sociology of Gender (Fem Sem) of the Department of Sociology by IRIS NRC, the Center for European Studies, and African Studies.