Islamophobia and the South Asian Community in Britain: Locating the Student Suspect, with Tania Saeed 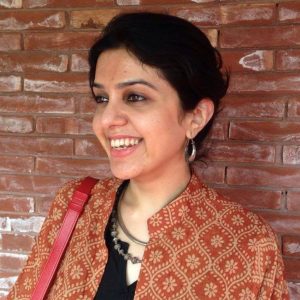 Saeed’s talk will examine the meaning of Islamophobia through everyday experiences of British Muslim female students with a Pakistani heritage and overseas Pakistanis studying in universities in England. The site of the university is important in locating these experiences, as educational spaces are part of the British government’s counter terrorism agenda, with Muslim students, and Islamic student societies considered suspect. Saeed draws from her book Islamophobia and Securitization. Religion, Ethnicity and the Female Voice (2016, Palgrave Macmillan) to examine the intersection between religion, ethnicity and gender in an increasingly securitized context. She will further unpack the definition of Islamophobia in relation to racialization through examples of more recent events of discrimination as experienced by different South Asian communities in Britain. The narratives discussed highlight not only the nature of Islamophobia as encountered in the day to day lives of British/Muslim/Pakistani/Female students and its implications for notions of identity and belonging, but also examples of student resistance and the possibility of counter narratives.

Dr. Tania Saeed is an Associate Professor of Sociology at the Lahore University of Management Sciences (LUMS), Pakistan. Her research focuses on Comparative and International Education, exploring questions around education in relation to securitization, citizenship and social justice. She is the author of Islamophobia and Securitization. Religion, Ethnicity and the Female Voice (Palgrave Macmillan, 2016), and the co-author of Youth and the National Narrative. Education, Terrorism and the Security State in Pakistan (Bloomsbury UK, 2020). She is also the elected Chair for the South Asia Special Interest Group (SA SIG) at the Comparative and International Education Society (CIES) (2019-21). Her current research explores ideologies of exclusion within educational institutions, focusing on school curriculum, textbooks and pedagogy in government, low fee private and refugee schools in Pakistan. Saeed has a DPhil in Education from the University of Oxford and an MSc in Gender, Development and Globalization from the London School of Economics and Political Science, UK.

Co-sponsored by the Institute for Regional and International Studies, European Studies, Asian American Studies, and the Center for East Asian Studies