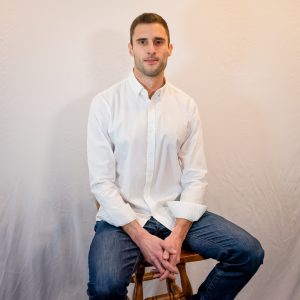 Join us to discuss:

Jacob Kushner is an international correspondent covering Africa, Germany, and the Caribbean. He reports on migration, science, global health, foreign aid and investment, prejudice, terrorism and violent extremism, climate change, and wildlife. His articles have appeared in dozens of publications including The New York Times, The Atlantic, Harper’s, The New Yorker, The Economist, National Geographic, Foreign Policy, VICE Magazine and The Guardian. He is the author of China’s Congo Plan, which was favorably reviewed in The New York Review of Books. He has photographed for National Geographic and field-produced for VICE on HBO, and PBS NewsHour.

Originally from Milwaukee, Jacob graduated from UW-Madison with a B.A. in journalism and Latin American studies and received his MA in Political Journalism from Columbia University. While in Madison, he wrote for The Daily Cardinal, La Comunidad News, the Wisconsin State Journal, and Wisconsin Watch. In 2020, he published This is How the Heart Beats: LGBTQ East Africa, a book collaboration with photographer Jake Naughton (UW Journalism & African Studies ’10).